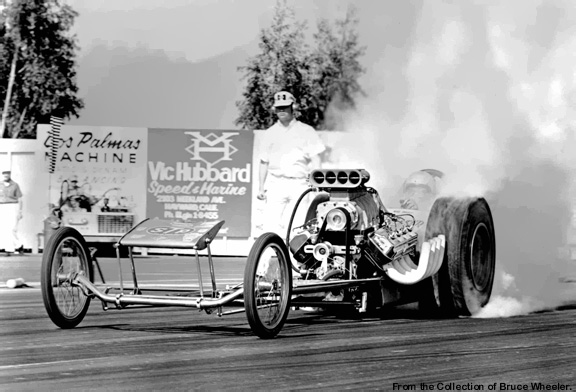 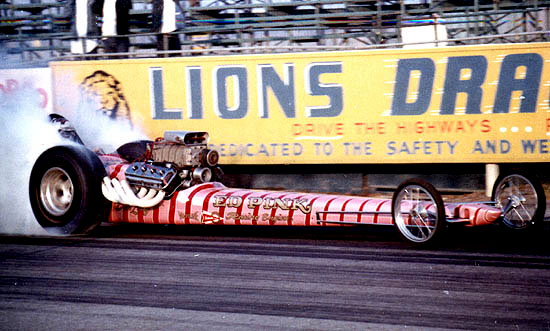 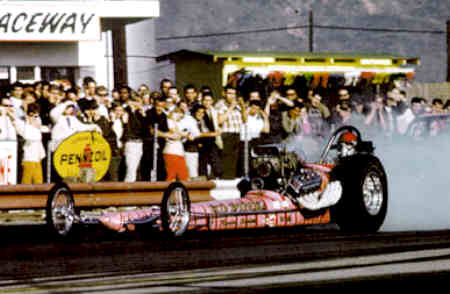 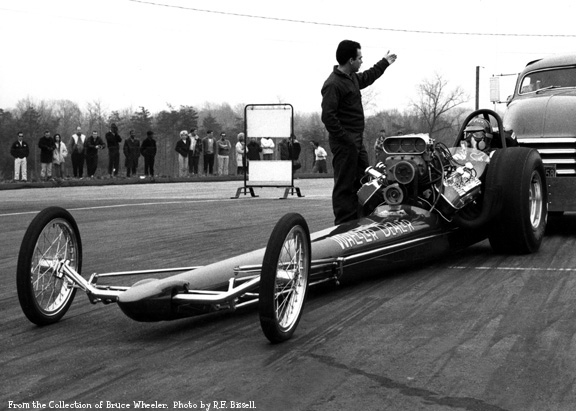 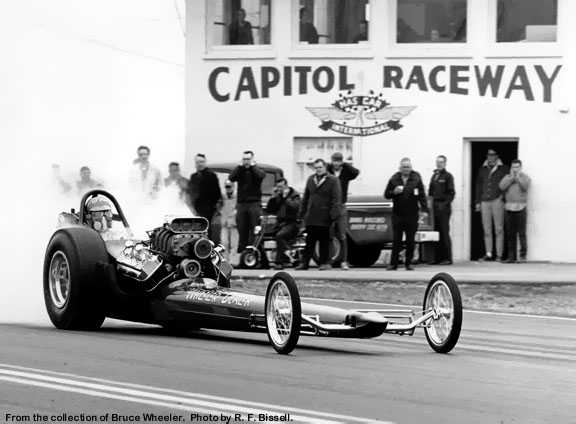 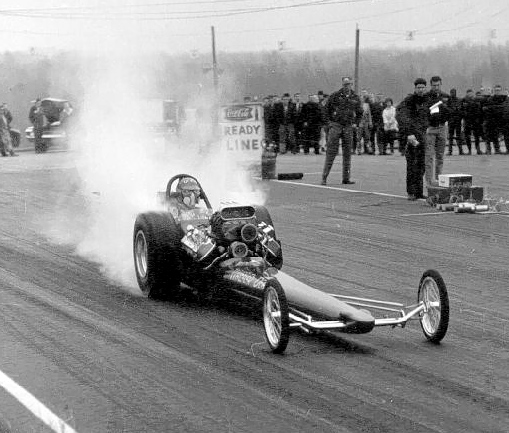 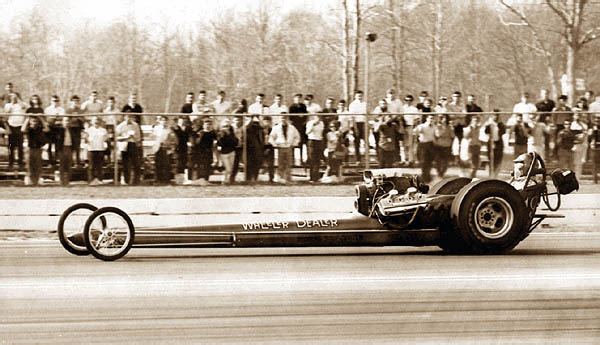 Englishtown, April, 1967.  We won the event and set both ends of the track record. 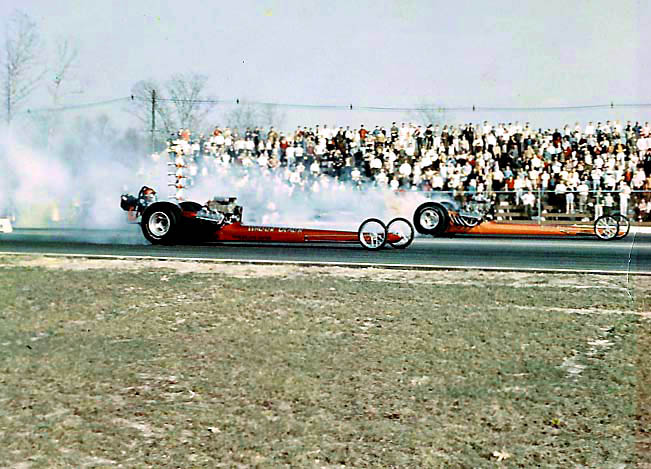 At Englishtown vs. Richie Bandel who just red lighted in the far lane. 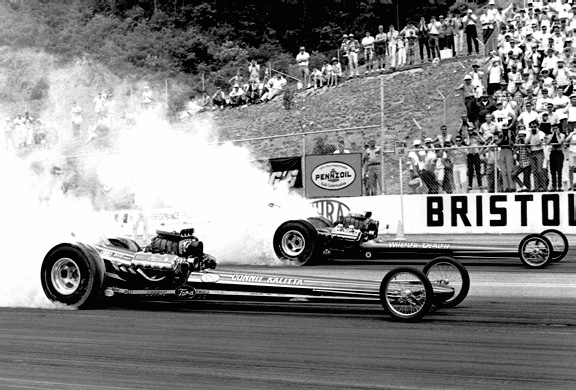 1967 Springnationals. Connie won when Al got crossed up in the oiled-down left lane. 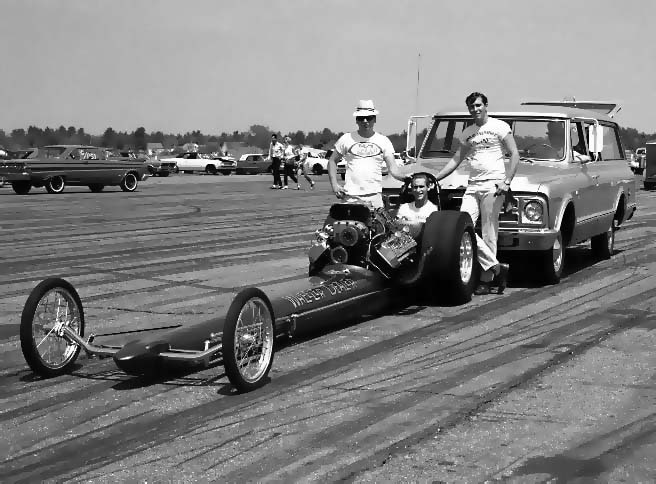 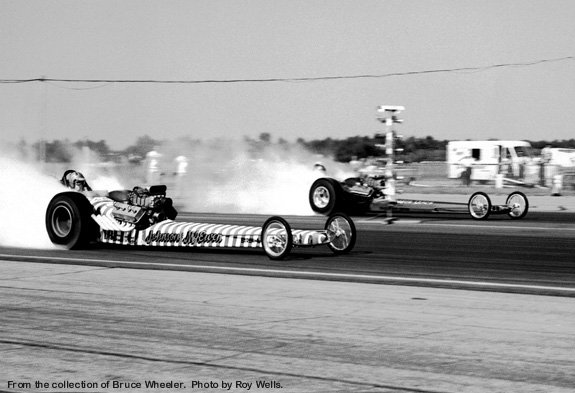 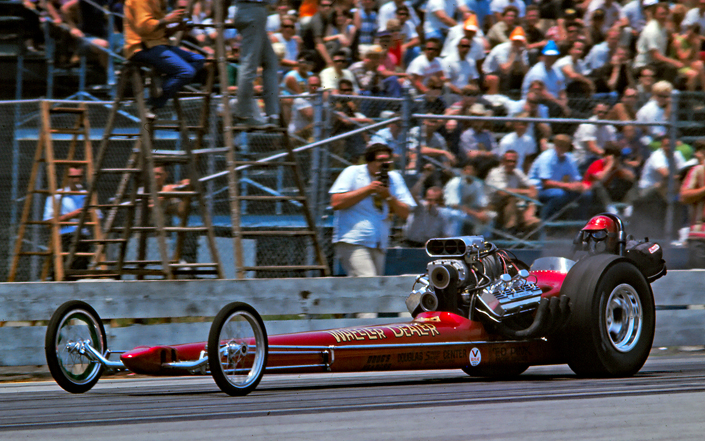 Above photo by Don "Wavemaker" Prieto
- 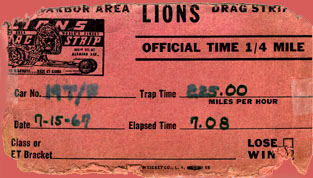 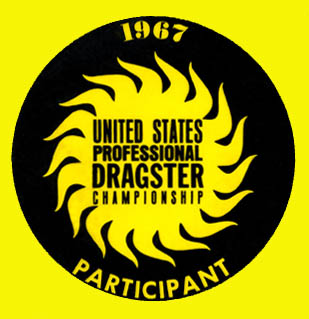 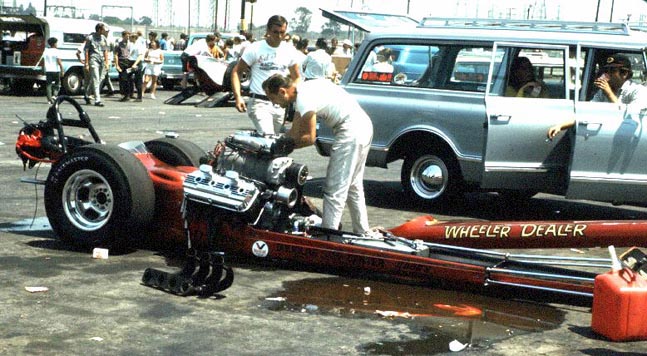 Saturday afternoon at The Beach, Dickie Burgess
working over the motor, Bruce headed his way.
- 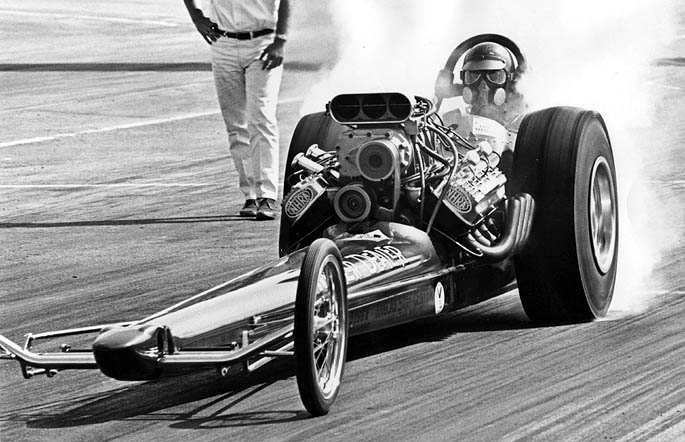 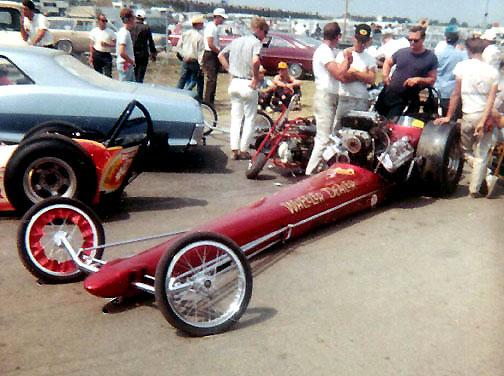 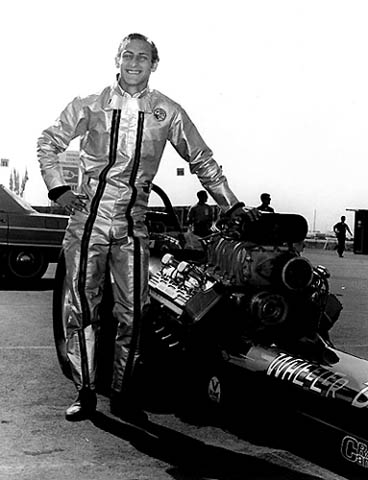 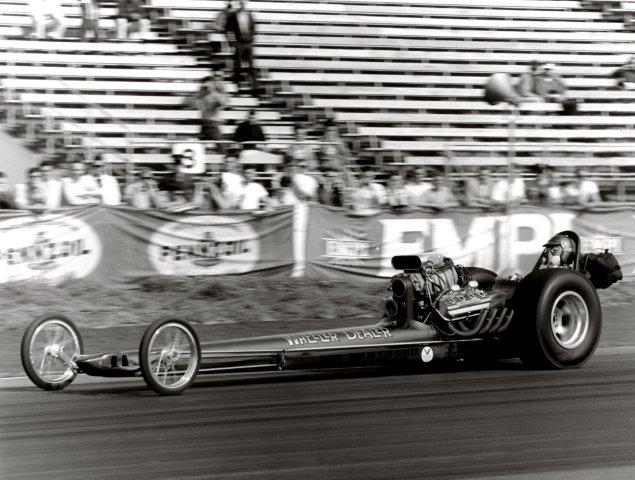 On a qualifying pass at the March, 1968 Professional
Dragster Association Championships at OCIR.
- 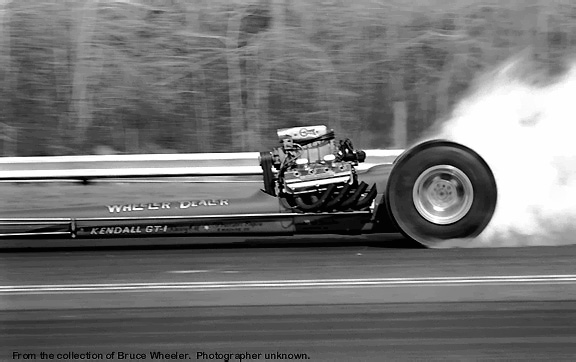 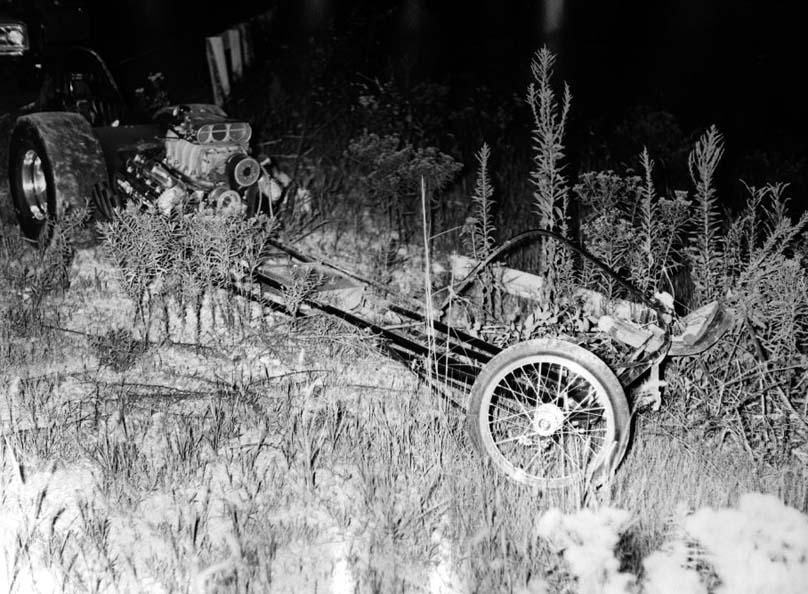 Oops!!! Wednesday, August 28, 1968 ~ Cecil County, Md. Broken car and spirits, but Bub was OK! About five days
later, this motor made it to the semi-finals at Indy, in Jim Busby's "Beach Boys" car, driven by Dwight Salisbury.
. 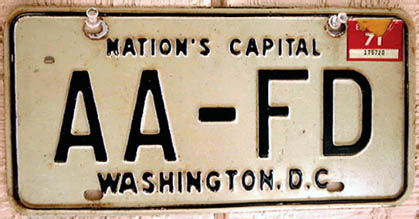 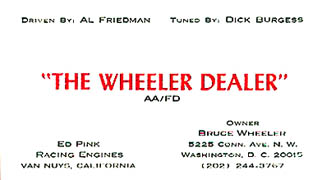 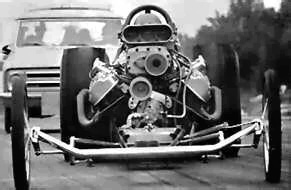 Go HERE for a page of Wheeler Dealer 2 photos... 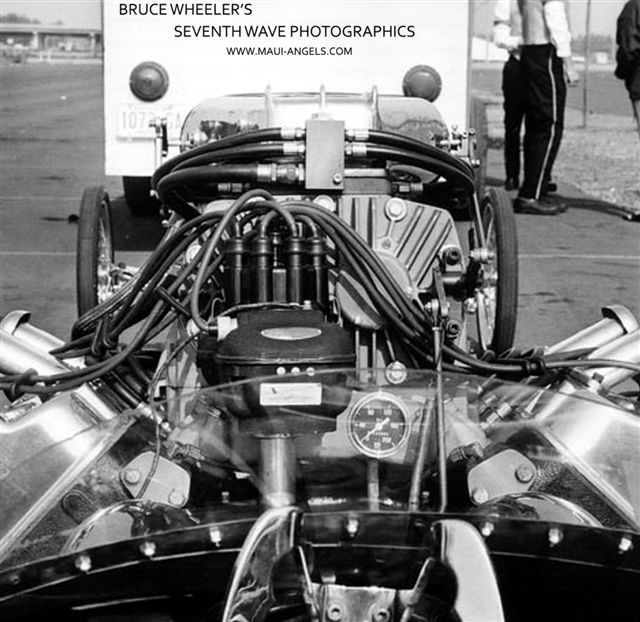 "Some" of the photos on this page are by Leslie Lovett, R. F. Bissell, Jim Kelly, Brian Beattie, Alan Earman
& Roy Wells Jr., all talented artists who have greatly influenced my passion for photography over the years.
.
Click on any pic to return to the Wheeler Dealer home page.
.
www.maui-angels.com
e-mal